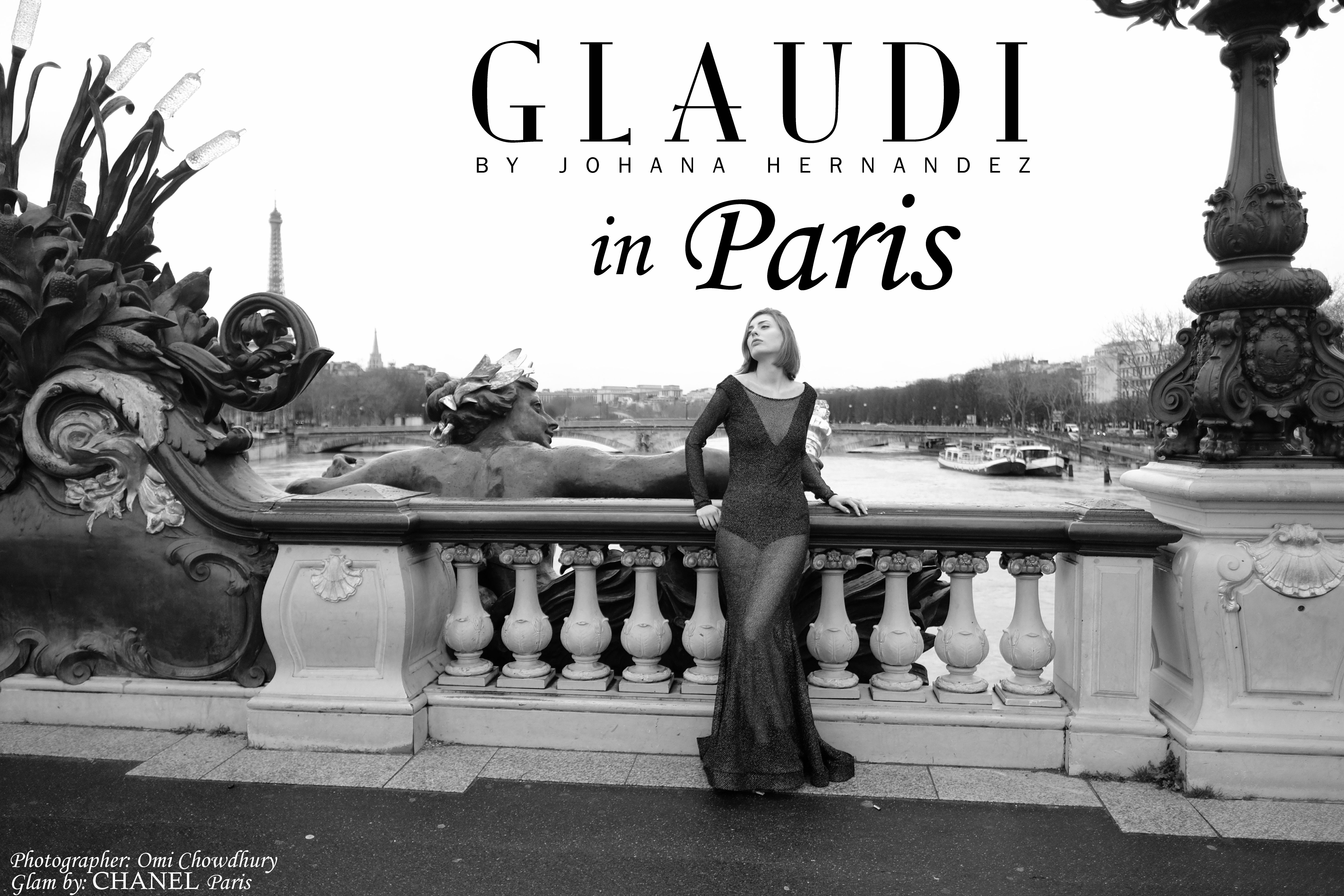 Fashion designer Johana Hernandez will show her new GLAUDI by Johana Hernandez Bridal and Couture Collections at Style Fashion Week Palm Springs, Saturday, April 7 at 5 PM at Palm Springs Air Museum, 745 N. Gene Autry Trail in Palm Springs. Johana has recently returned from Paris Fashion Week where the new GLAUDI campaign took place by Vogue photographer Omi Chowdhury.  Johana  will be showing her new collections on the Palm Springs runway for the first time. Get tickets.
“After so much hard work designing for celebrities and returning from Paris, it’s an honor to share both my bridal collection and haute couture collection all in one runway in the luxurious city of Palm Springs,” says Johana. watch: GLAUDI Bridal Couture Love Story. 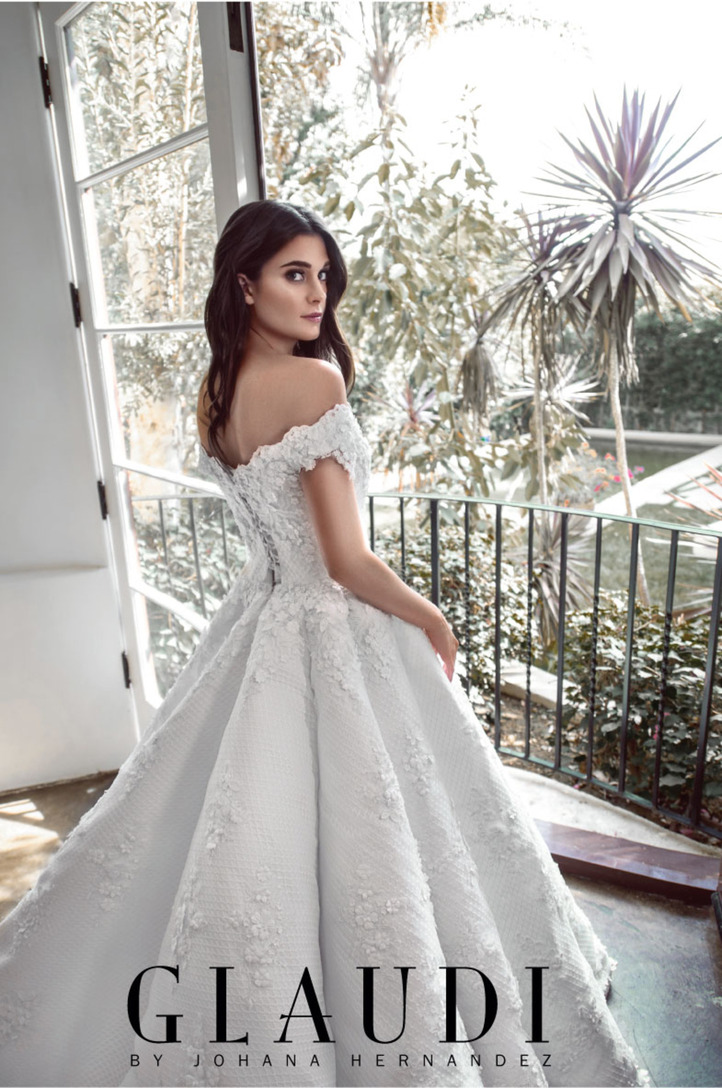 Johana Hernandez is a Los Angeles-based women’s wear fashion designer born in Compton, California and founder of Fashion House GLAUDI by Johana Hernandez. Johana learned the fashion business first hand when, as a child, her parents would bring her to the garment factory where they worked. There, her passion and love for fashion was born. By age 19, Johana landed her first job as a head designer. At 22, she became head designer of Seven 7 Jeans, designing all categories including plus size. She has designed for Isaac Mizrahi Jeans, Eli Tahari, Hannah Montana license, Disney license and many more. Her designs under different labels have been sold at retailers like Saks Fifth Avenue, Macy’s, Bloomingdale’s, Lane Bryant, Kohl’s, Target and many others. At 24, she launched her own collection, GLAUDI by Johana Hernandez, which is sold only at her GLAUDI flagship store in Downey, as well as at partner retail stores in OC and Woodland Hills. GLAUDI by Johana Hernandez provides jobs for men and women in its Los Angeles factory where garments are all hand crafted and Made in the USA.
GLAUDI is also worn by many celebrities including Paulina Rubio, Lucero and Gloria Trevi as well as royalty like Princess Theodora of Greece, amassing a large following on Instagram. GLAUDI’s style is infused with sexiness and sophistication and speaks to the modern woman. Johana’s designs enhance a woman’s special occasions with elegance and glamour. Each custom gown is constructed with excellence and infused with love for the woman who wears it. Check out the GLAUDI Collections.
Johana is also a fashion trend forecaster and red carpet fashion expert. She has starred on NBC’s fashion designer reality competition series Fashion Star and was the winner of the FIAT designer campaign, mentored by Nicole Richie. She is also a designer judge on the reality series The Fashion Hero, which is currently on the air. She was among PEOPLE En Español’s “25 Most Powerful Women,” LATINA Magazine’s “30 Favorite Stars Under 30” and Alegria Magazine’s “10 Most Influential Latinas in Los Angeles.”
GLAUDI GIVES BACK TO THE COMMUNITY
GLAUDI by Johana Hernandez helps kids afflicted by poverty in El Salvador.  Through Johana’s fundraising organization Latinos con Corazón, she built a school in the jungles of San Ramon for children who used to learn in a makeshift shack.  Latinos con Corazón also donates computers and basic essentials to surrounding schools and orphanages.  Thanks to GLAUDI’s customers, Johana continues to give back.