Fisher Space Pen Co., maker of the iconic Astronaut pen, announces its new Tahitian Blue Bullet Space Pen in time for Valentine’s Day. The elegant pen is finished in brass and coated in an Opaque Powder Blue hue. It comes with a chrome finger grip and can be accessorized with a practical chrome pocket clip. It is packaged in the Fisher Moonscape Gift Box with Moon Landing Outer Sleeve. The classic Bullet Space Pen is among the company’s best sellers and has been exhibited for years in The New York Museum of Modern Art as an example of industrial design. When closed, it is the perfect size to carry and when open, it becomes a full sized, evenly balanced writing instrument. Like all Fisher Space Pen products, the new Tahitian Blue Bullet Space Pen contains the patented pressurized ink refill with allows it to write upside down, under water, in extreme temperatures from -30 to +250 degrees F (-35 to +121 Celsius), over almost any surface and three times longer than the average pen. Click to shop.

Fisher Space Pen Co. is family-owned company manufacturing Made in America products. It recently celebrated the 50th Anniversary of the maiden flight of its iconic AG7 Original Astronaut Space Pen aboard NASA’s Apollo 7 Mission on October 11, 1968. The company was featured on ABC World News Tonight with David Muir’s “Made in America” series. Watch video.

The Fisher Space Pen brand has become an iconic symbol of American technology and design. It has also become part of American pop culture. It is not only used and enjoyed by millions around the world, it is also the subject of hundreds of fan videos and has been featured on several TV programs including an episode of the hit series “Seinfeld” entitled “The Pen.”

When manned space missions began, astronauts had a problem finding writing instruments. The ink in regular ball-point pens wouldn’t flow in zero gravity. Instead, Astronauts used pencils but the lead often broke and became a hazard floating in the capsule’s atmosphere. Paul C. Fisher, who was then president of the Fisher Pen Company and had been manufacturing ball- point pens since 1948, started thinking about how ordinary ballpoint pens would have trouble writing in space, but if a pen could be sealed and pressurized, it would keep the solvents from evaporating in the gravity-free vacuum of space.

After spending over $1 million dollars of his own money and years of research, Fisher finally developed his patented pressurized ink cartridge that keeps solvents from evaporating and allows ink to flow in zero gravity. Fisher sent samples of his prototype to Dr. Robert Gilruth, Director of the Houston Space Center. The prototypes were thoroughly tested by NASA and passed all tests. NASA astronauts began using the Fisher AG-7 Anti-Gravity Space Pen aboard the Apollo 7 Mission and Fisher Space Pen has been used on all manned space flights since, including NASA’s Space Shuttle Program missions, the Mir Space Station and the International Space Station as well as the Russian and Chinese space programs. 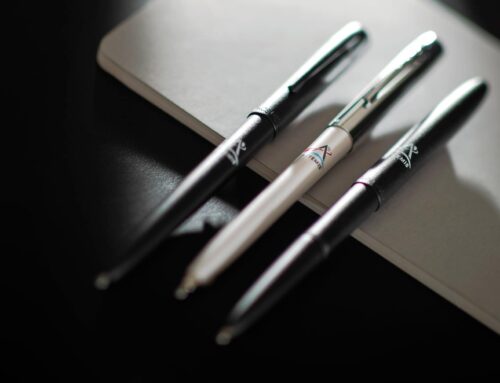