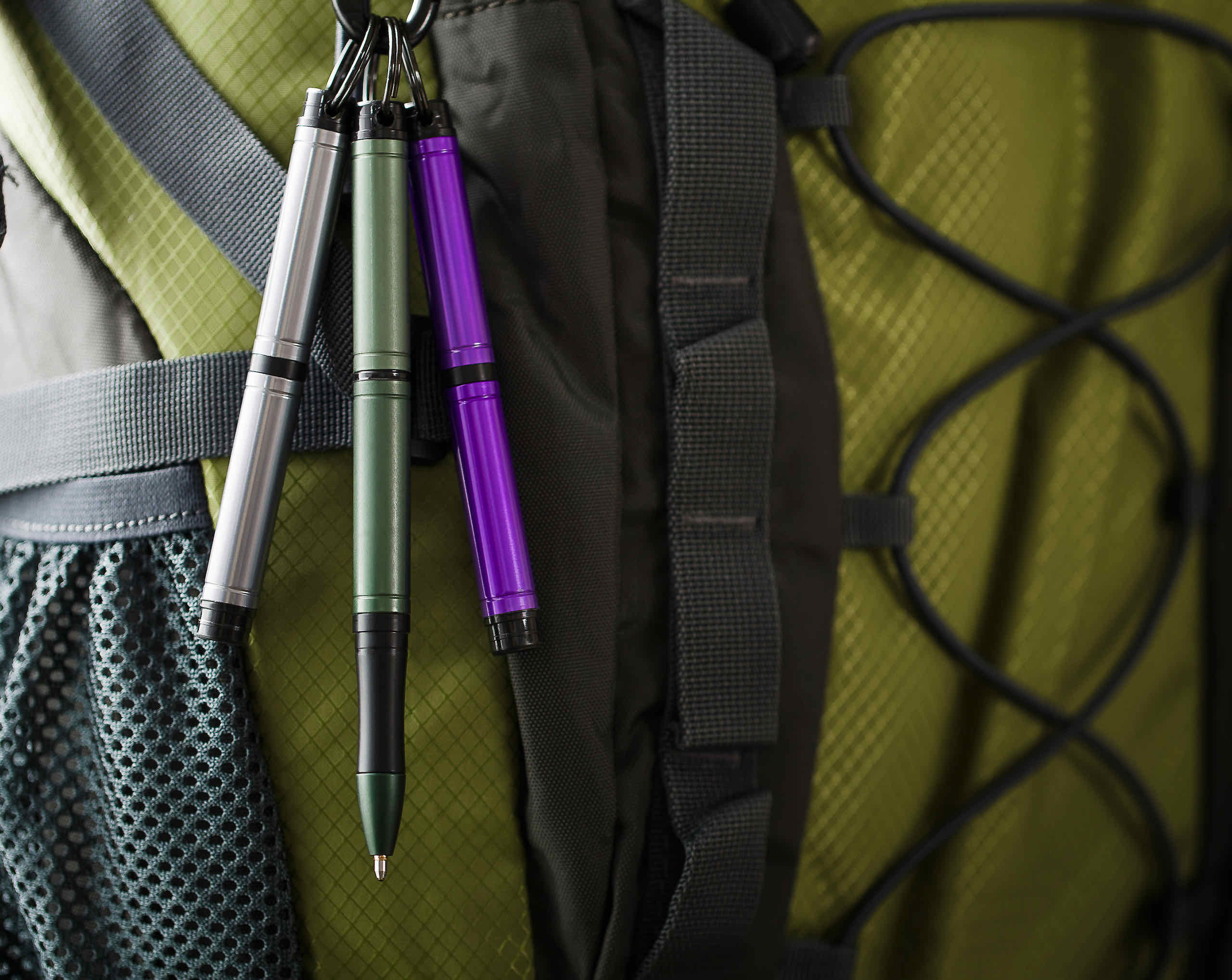 Just in time for the holidays, Fisher Space Pen Co., releases a new set of Backpacker Space Pens, the perfect gift for travelers. The new Backpackers come in Forest Green, Purple, and Gun Metal Gray. Like all Fisher Space Pens, the new Backpackers write upside down, under water, in extreme temperatures from -30 to +250 degrees F (-35 to +121 Celsius), over almost any surface, and three times longer than the average pen. And, they won’t explode or spill ink in the pressurized cabin of an airliner. The Backpacker is a two-piece space pen with a key ring on its cap that easily attaches to your keys, backpack, hiking gear, belt loop or suitcase. It can hang upside down for months and will function immediately when needed. All Fisher Space Pen products are guaranteed for life. View and Shop Fisher Backpacker Space Pens

According to Expedia’s 2021 Holiday Travel Forecast, the top travel choices for Thanksgiving and Christmas are beach and seaside destinations in Mexico, the southern U.S., and the Caribbean as well as mountaintop getaways in Utah and Colorado. Whether you’re on a warm beach or on a frigid mountain, Fisher Space Pens will keep writing under all weather conditions. They make a great gift for travelers or staycationers spending the holidays at home.

Made for Space, But Makes Life Better on Earth. In 2021, Fisher Space Pen and Paul C. Fisher were inducted into Space Foundation’s Space Technology Hall of Fame, recognizing the groundbreaking pressurized refill technology invented by Fisher, which not only helps astronauts write in space but also makes life better for millions on Earth. Fisher Space Pen is used on every crewed space mission, including Russian and Chinese space programs, and enjoyed by millions around the world. Today, the company has grown to over 65 full-time employees, proudly manufacturing Made in America high-quality writing instruments, shipping over 1 million pens per year to distributors in over 60 countries. The Fisher Space Pen remains among the most preferred ballpoint pens around the world.

An Iconic Brand, Part of American Pop Culture. Have you heard the urban myth that “NASA spent a million dollars developing a space pen while the Russians used pencils?” Watch West Wing Video Clip. This couldn’t be further from the truth. The world-famous Fisher AG7 Original Astronaut Space Pen was developed by inventor/entrepreneur Paul C. Fisher, who spent over $1 million of his own money, and ten years of research to create the now iconic “Astronaut Pen,” that flew aboard NASA’s Apollo 7 Mission for the first time on October 11, 1968. It has been used on every NASA crewed space flight since, as well as Russian and Chinese space programs. . Watch How They Work.

The Fisher Space Pen brand has become an iconic symbol of American technology and design around the world. Its famous Bullet design is part of the permanent collection at New York’s Museum of Modern Art as an example of classic industrial design. It has also become part of American pop culture and the subject of hundreds of fan videos and several films and TV programs, including an episode of the hit series “Seinfeld” titled “The Pen.”

Fisher Space Pen Co. was invited to the 2019 White House Made in America Showcase and was featured in FOX Business’ Mornings with Maria. In addition, the company was featured on ABC World News Tonight with David Muir’s “Made in America” series. Watch video.