Fisher Space Pen Co. has launched five new models and announced three new partnerships to cement its commitment to the outdoors community. The company partnered with True Timber Camouflage to offer a dedicated True Timber Camouflage line of pens, specially made for the avid outdoors enthusiast. Fisher Space Pen also partnered with ExpertVoice to bolster its retail presence and performance and with the weekly podcast Driftwood Outdoors as brand ambassadors.

Joshua Skidmore, Fisher Space Pen National Sales & Marketing Manager said: ”There’s very few products in the outdoor space that allow an outdoor enthusiast to bring their passions from the field to the office or their everyday life. We think our pens do just that. Every walk of life that values the outdoors uses a pen, so why not make it the most reliable, and one that shares your passions? Whether you’re a hunter, angler, precision shooter, law enforcement officer, first responder, contractor, or just someone who demands reliability in your writing instrument, we have a pen for you.”

The Matte Black Law Enforcement Cap-O-Matic with Blue Line (#M4BLEBL). For decades Law Enforcement professionals globally have turned to Fisher Space Pen for the most durable and reliable writing instruments. The new non-reflective matte black Cap-O-Matic with the LE Blue line printed down the face of the clip and barrel of the pen is made as a symbol of the company’s support for the law enforcement community and the work they do. Click to shop.

The Matte Black Fire Fighter Cap-O-Matic with Red Line (#M4BFFR). Fisher Space Pen is proud to offer the first pen that embodies everything tough, demanding, and durable that firefighters stand for with the new non-reflective matte black Cap-O-Matic with the Firefighter Red Line printed down the face of its clip and barrel. Click to shop.

The TrueTimber Strata Camouflage Wrapped Cap-O-Matic (#M4TS). This is Fisher Space Pen’s Cap-O-Matic line which utilizes cap activation to extend and retract the point. Each carries a gas-pressurized PR style ink refill cartridge, featuring all the unique capabilities of EVERY Fisher Space Pen model: they write upside down – at any angle, under water, through grease, extreme temperatures (-30 to +250 degrees F), on almost any surface, three times longer than the average pen, and of course in the gravity-free vacuum of space, and all of our pens are lifetime guaranteed for quality against all manufacturing defects – Goes Anywhere, Writes Everywhere! Click to shop.

The Fluorescent Yellow Tradesman Cap-O-Matic (#M4TMY). The Tradesman is the newest addition to the Fisher Space Pen Cap-O-Matic family. Made of solid brass and finished in an eye-popping bright yellow, contractors, construction workers and tradesmen will have no trouble finding this rugged beauty around the job site. Its clear, bright color stands out from 100 feet away. The Tradesmen is perfect for a company logo or personalized engraving. Click to shop.

The Matte Black Shuttle Space Pen with Chrome Accents (#CH4BC). Proudly produced in the USA, each CH4BC is made of solid brass with a matte black finish and chrome accents. The Shuttle Space Pen is the latest installment to the company’s Astronaut Pen Line. It was introduced during the Space Shuttle Program as a light-weight alternative to the original AG7 Anti-Gravity Pen. Today, the Shuttle Pen is considered to be the pen of choice of the astronauts on the ISS. Click to shop.

Fisher Space Pen Co. is a family-owned company proudly manufacturing Made in America products. The company was invited to the 2019 White House Made in America Showcase and was featured in FOX Business’ Mornings with Maria. Last year, it celebrated the 50th Anniversary of the maiden flight of its iconic AG7 Original Astronaut Space Pen aboard NASA’s Apollo 7 Mission on October 11, 1968. The company was featured on ABC World News Tonight with David Muir’s “Made in America” series. Watch video.

The Fisher Space Pen brand has become an iconic symbol of American technology and design. It has also become part of American pop culture. Enjoyed and used by millions around the world, it is also the subject of hundreds of fan videos and has been featured on several TV programs including an episode of the hit series “Seinfeld” entitled “The Pen.” All Fisher Space Pen products contain the patented pressurized ink refill which allows it to write upside down, under water, in extreme temperatures from -30 to +250 degrees F (-35 to +121 Celsius), over almost any surface and three times longer than the average pen.

When manned space missions began, astronauts had a problem finding writing instruments that would function properly and safely in space. The ink in regular ball-point pens wouldn’t flow in zero gravity. Instead, Astronauts used pencils but the lead often broke and became a hazard floating in the capsule’s atmosphere. Paul C. Fisher, who was then president of the Fisher Pen Company and had been manufacturing ballpoint pens since 1948, started thinking about how ordinary ballpoint pens would have trouble writing in space, but if a pen could be sealed and pressurized, it would keep the solvents from evaporating in the gravity-free vacuum of space.

After spending over $1 million dollars of his own money and years of research, Fisher finally developed his patented pressurized ink cartridge that keeps solvents from evaporating and allows ink to flow in zero gravity. Fisher sent samples of his prototype to Dr. Robert Gilruth, Director of the Houston Space Center. The prototypes were thoroughly tested by NASA and passed all tests. NASA astronauts began using the Fisher AG-7 Anti-Gravity Space Pen aboard the Apollo 7 Mission and Fisher Space Pen has been used on all manned space flights since, including NASA’s Space Shuttle Program missions, the Mir Space Station and the International Space Station as well as the Russian and Chinese space programs. 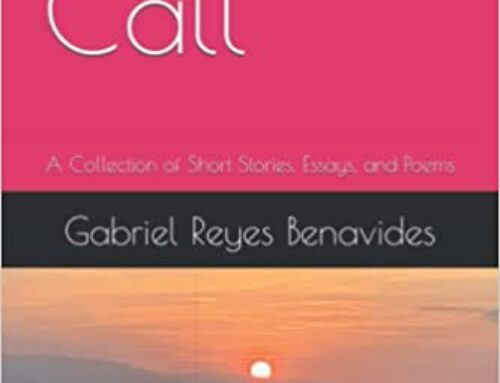