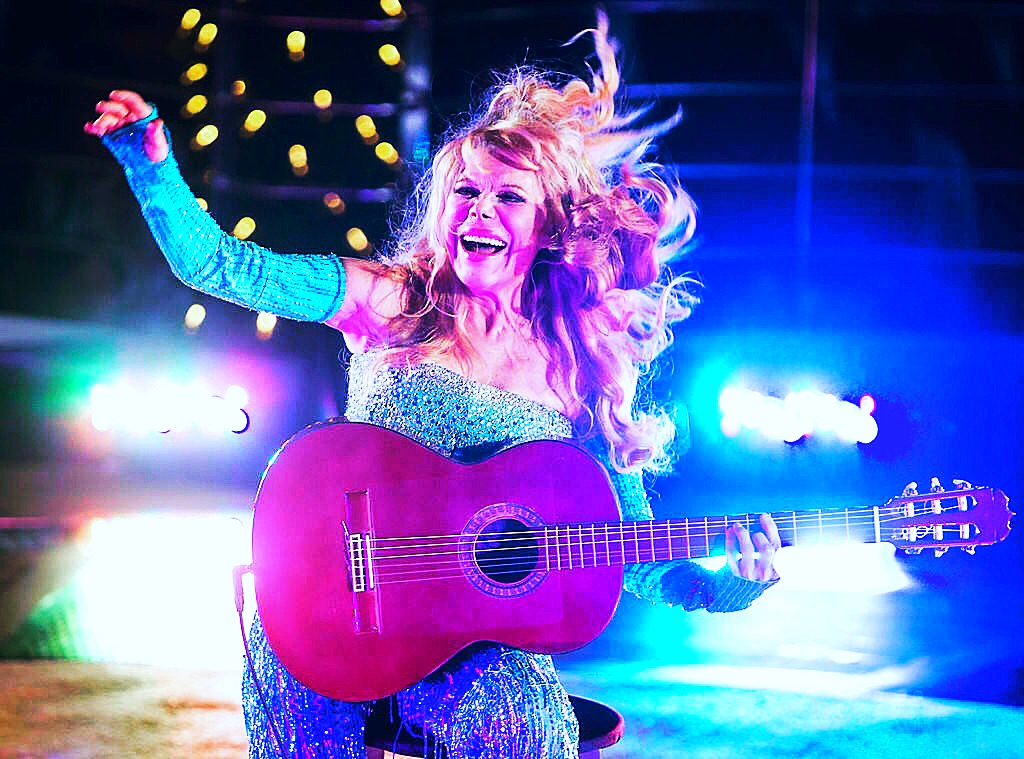 Music and pop culture icon Charo will appear in concert at The Hollywood Bowl on Sunday, August 27.  Part of KCRW’s World Festival with host Steve Chiotakis, Charo joins the bill with Pink Martini, China Forbes and Storm Large.  Charo plans to treat fans to an unforgettable night of classic hits like “Malagueña” and “Caliente” as well as music from her new album and plenty of Cuchi Cuchi!  Click here to buy your tickets.
About Charo
Charo is an American music and pop culture icon who has been delighting audiences for decades. She is instantly recognizable for her “cuchi cuchi,” Charo’s trademark expression, which has endeared her to millions around the world and made her name synonymous with music, fun and excitement. Charo is also a world-class guitar virtuoso, voted “Best Flamenco Guitarist” twice by Guitar Magazine. Charo recently appeared on ABC’s “Dancing with the Stars” and dazzled America with her rendition of Malagueña during the season finale.  She also starred in several episodes of the CW’s “Jane The Virgin.”  She and her family also recently appeared on an episode of ABC’s “Celebrity Wife Swap,” bringing to millions the antics and hilarious situations in her crazy Beverly Hills household. Charo debuts a new album “Fantastico!” summer of 2017.  Her music is on itunes, Pandora, Spotify and other sites.  Facebook  Twitter   Instagram.