Happy New Year and may 2018 bring you joy, happiness, health and wealth. 2017 was an unusual year.  In many ways, it was a harbinger of the watershed changes currently taking place within our country and around the world.  From changes in Earth’s climate, which are disrupting everything from weather to commerce, housing, infrastructure, health and the food supply, to the adoption of new technologies with yet unforeseen consequences to our way of life, 2017 rolled over all complacencies and brought us headlong into the future.
We live in a new world. Tribalism and the advent of social media and new technologies have created a new media landscape where the truth can be elusive and is often lost among the cacophony of real and fictitious news stories unleashed upon Americans daily on the internet.
In this new world, our job as professional communicators becomes more complex. We must safeguard the integrity of our clients’ brands. Our skills must be continually updated and honed in order to provide them with a well-rounded suite of services and ensure they thrive in an often chaotic environment.
We at Reyes Entertainment are always striving to adapt to the changing environment in order to provide our clients with the most up-to-date strategies and solutions. We are public image experts and wordsmiths who help our clients craft and deliver their unique brand story via multiple platforms, in Spanish- and English-language media markets across the U.S. and Latin America. We:
1) Provide media relations, corporate and crisis communications services;
2) Help craft an authentic message that resonates with the Public and invites ownership of the brand;
3) Speak the language and manage the emotional touchpoints of particular demographic groups such as Millennials, Gen X’ers and Baby Boomers as well as ethnic groups such as Asians, Latinos and African-Americans;
4) Work with and deploy all available new apps and distribution platforms to help amplify our clients’ message;
5) Have established authentic and long-lasting relationships with media editors, bloggers, talk show producers and others who can help amplify our clients’ messaging.
6) Act as branded content producers, conceptualizing, writing, directing, producing videos and social media content.
7) Produce and promote live events, including online and offline promotions, advertising and media relations; and
8) Generally provide our clients with advice and act as their spokesperson on all matters relating to public and brand image, communications, media relations, social media, special events, marketing and talent management.

CHARO
In 2017, we saw our client Charo appear on ABC’s “Dancing with the Stars” Season 24.  Charo’s vivacious on-screen antics caused a stir among audiences and on social media, contributing to a rise in ratings for DWTS compared to the previous year. Her on-screen “feud” with judge BrunoTonioli prompted daytime talk queen Wendy Williams to pronounce “Charo stole the show.” Charo returned for the season finale transformed and gave a jaw-dropping virtuoso performance of Malagüeña. A whole new generation of Americans were introduced to Charo’s masterful guitar skills and “cuchi-cuchi” personality.. 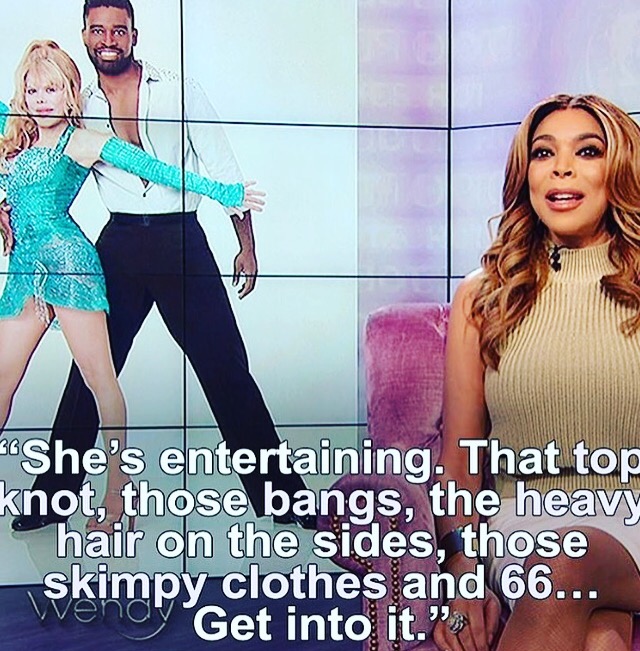 Charo went on to wow over 17,000 during a sold-out performance at The Hollywood Bowl where she brought her brand new show featuring her orchestra and dancers.  Charo also brought her iconic kitsch to Sharknado 5 where she played the Queen of England! 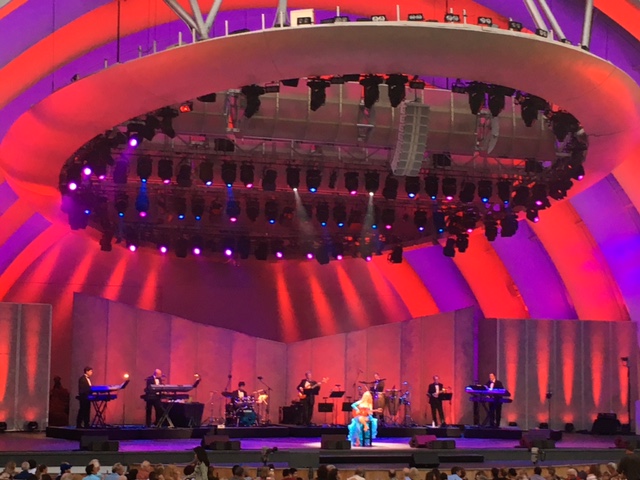 Besides various concerts in Las Vegas and other casinos, Charo also released a single Fantastico!, which is currently being remixed by top DJs in Europe to create dance remix versions.  Fantastico! Is to be followed by several other singles, to be released in 2018. 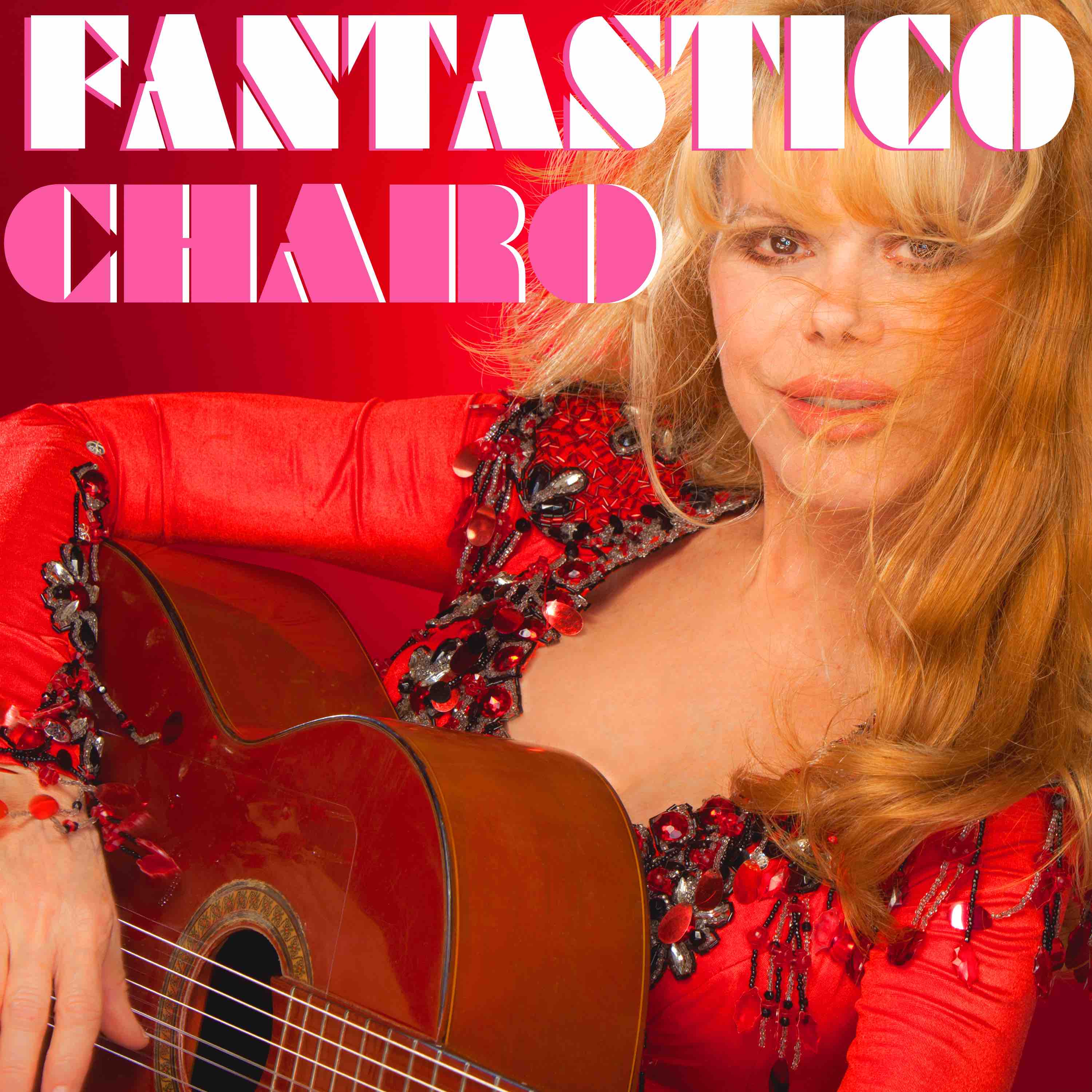 Reyes Entertainment acts as Producer for Charo’s events and appearances as well as manages and secures all media and promotions.  Charo’s media impressions reached in the hundreds of millions with features in the Los Angeles Times, appearances on Entertainment Tonight and other top-rated TV shows and lifestyle magazines. 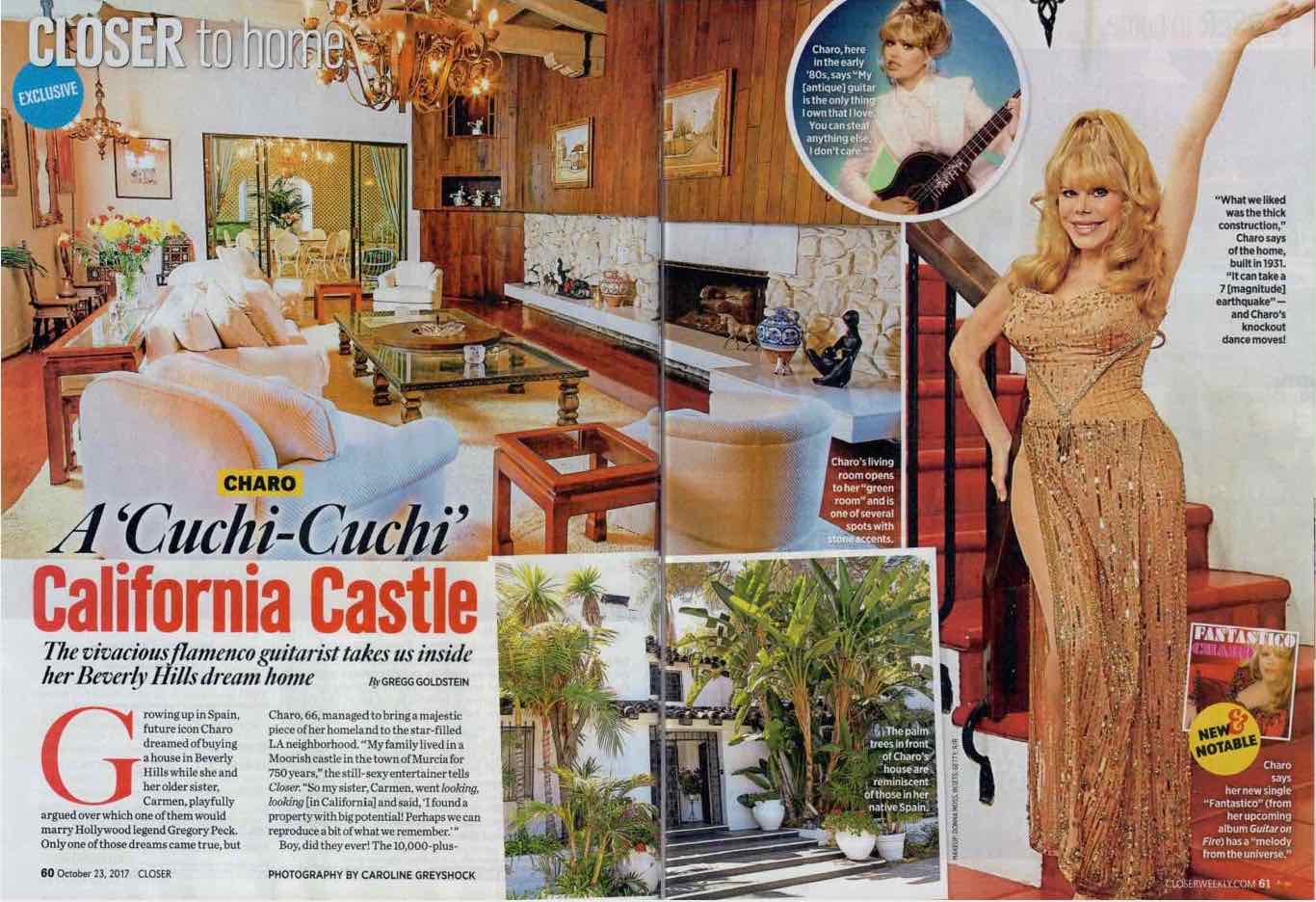 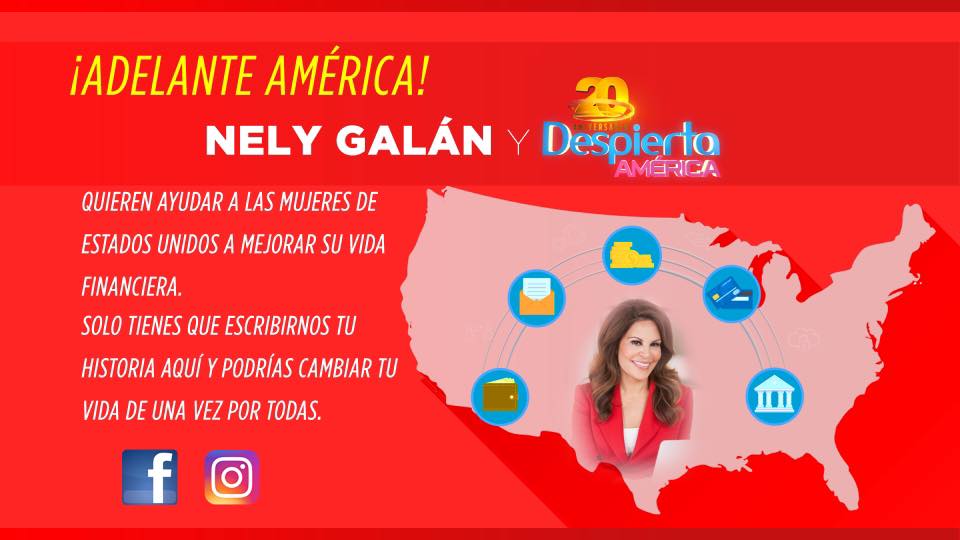 Reyes also handled Public Relations and Communications on behalf of The Adelante Movement, presented by Coca-Cola for the first ever PosibleLA Entrepreneur Summit 2017, a day-long event, presented in partnership with Univision Los Angeles, which brings speakers, programs and workshops designed to empower Los Angeles’ business owners to grown their companies. 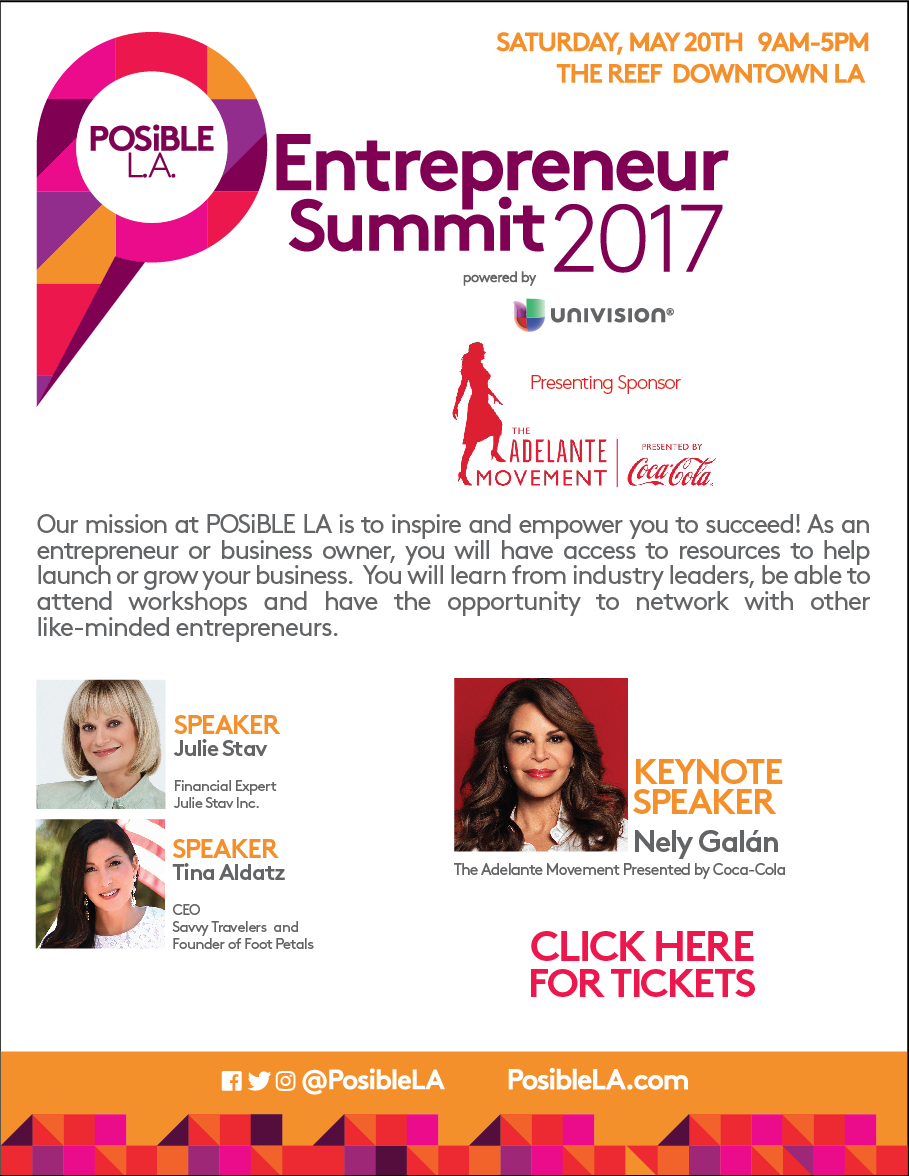 Reyes Entertainment delivered over 100 million traditional and social media impressions for Nely Galán and The Adelante Movement, presented by Coca-Cola.
FISHER SPACE PEN
Reyes Entertainment is proud to be the Agency of Record for Fisher Space Pen Co., makers of the iconic AG7 Astronaut pen. Created for use in outer space, the Fisher Space Pen writes upside down, under water, in extreme heat or cold, over grease and on almost any surface, longer than other pens.  It is famously featured in the hit comedy series Seinfeld’s episode entitled “The Pen.” Click to watch. 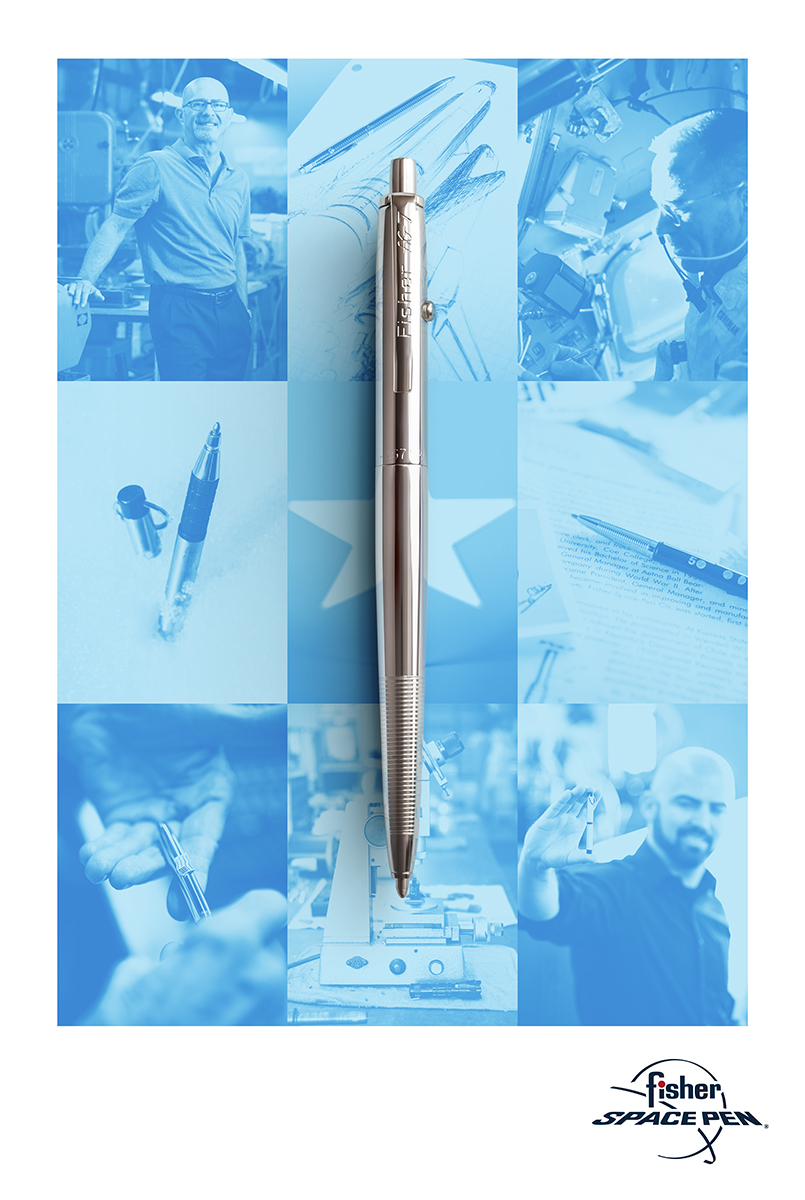 In 2018, the Fisher Space AG7 Pen celebrates #50YearsinSpace having flown for the first time aboard NASA’s historic Apollo 7 Mission in October, 1968. Fisher Space Pen is still flown on every manned space mission and is currently in use aboard the International Space Station. Click to read The Enduring Appeal of the Space Pen in Counselor Magazine. 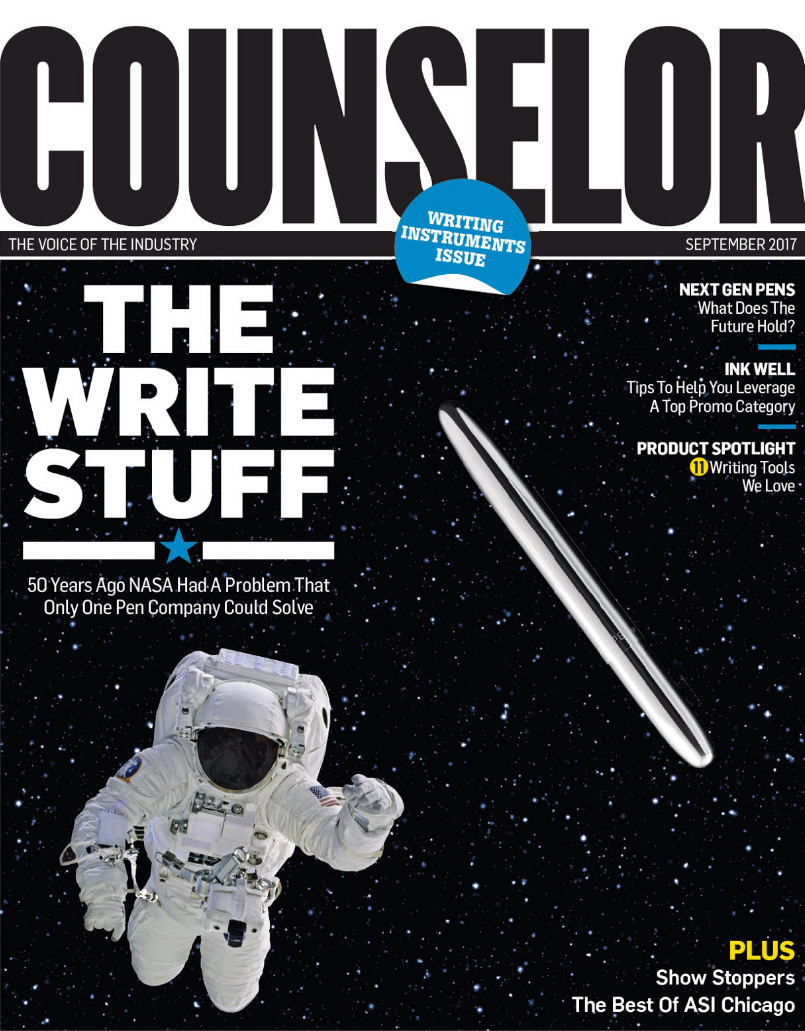 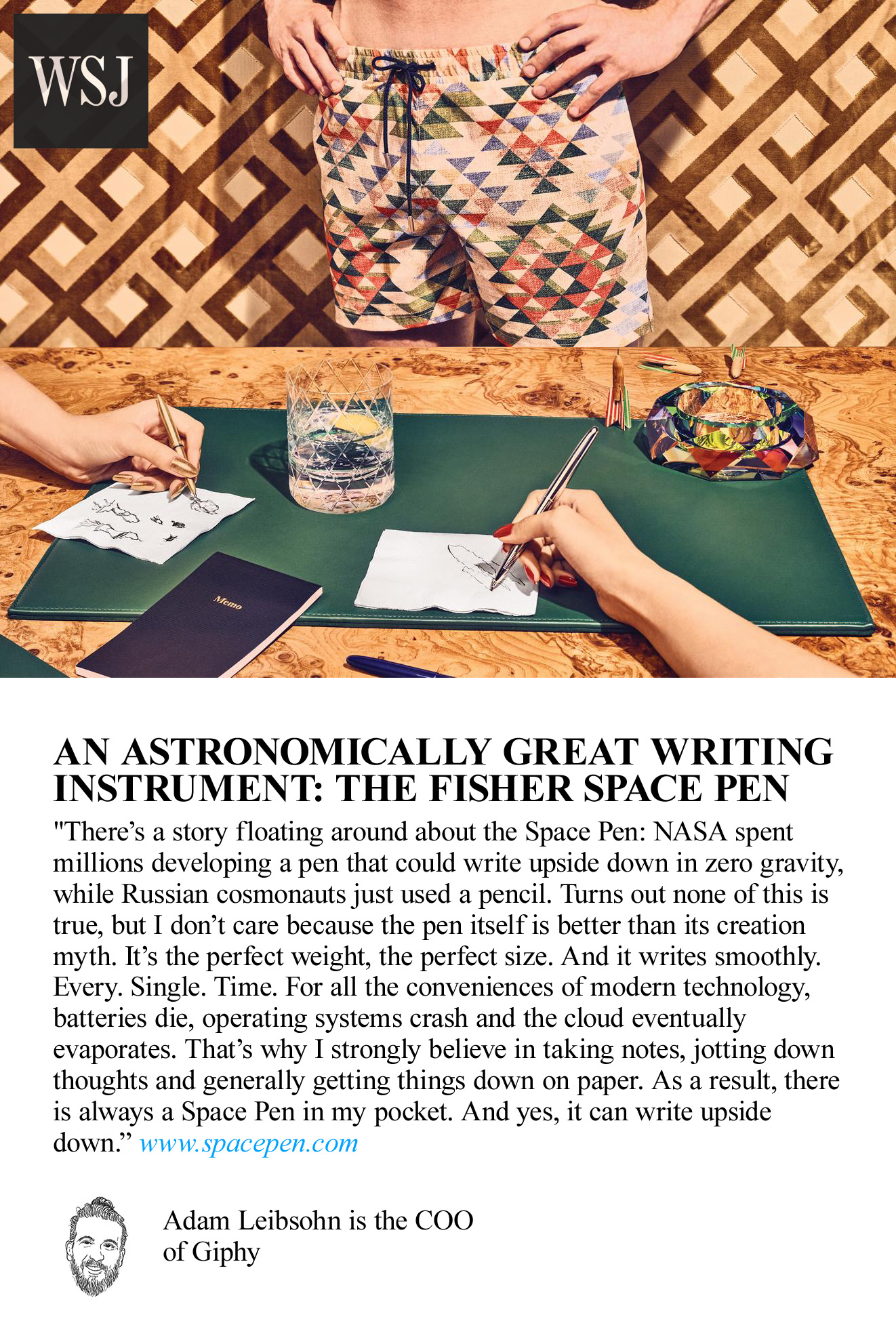 TRAMPS FASHION COMPRESSION HOSIERY
In 2017, Reyes Entertainment continued its work branding Alex Reyes as the long-time hair styling whose need to wear compression hose and frustration at the lack of color or fashion in the compression hosiery markets, prompted her to launch a line of fashionable, modern and colorful compression hosiery she herself would want to wear. 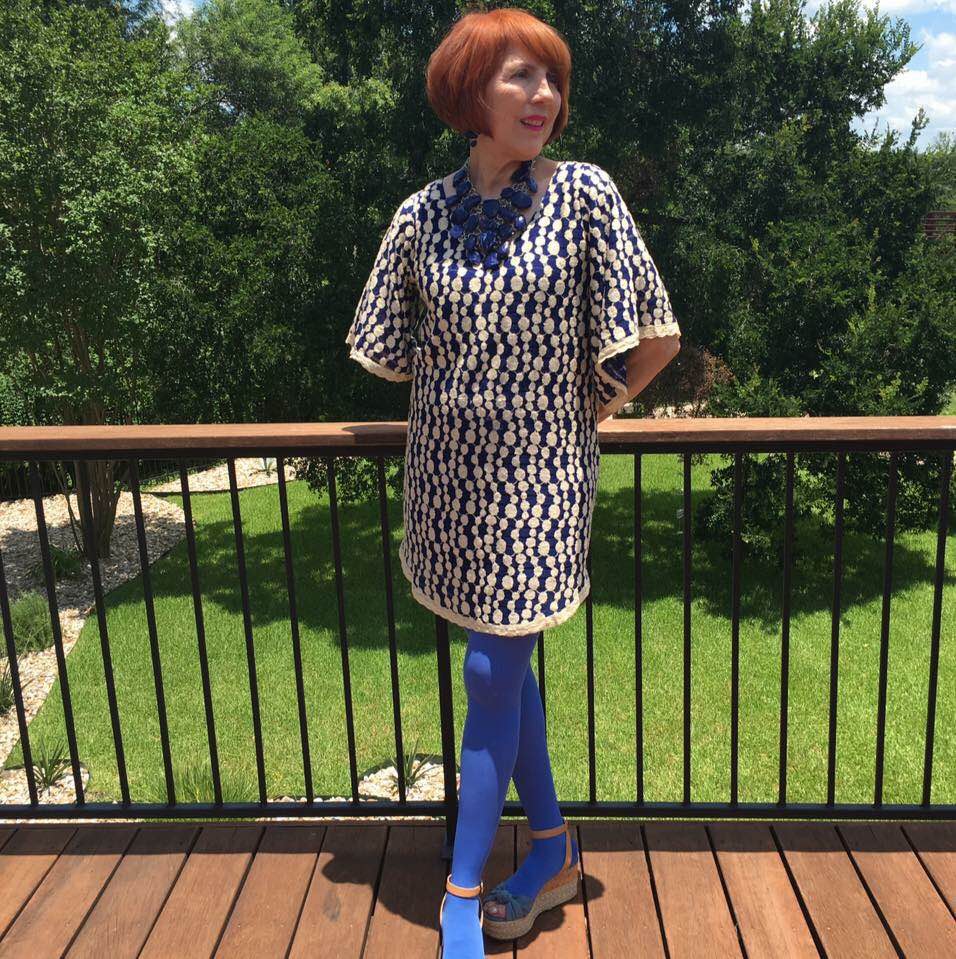 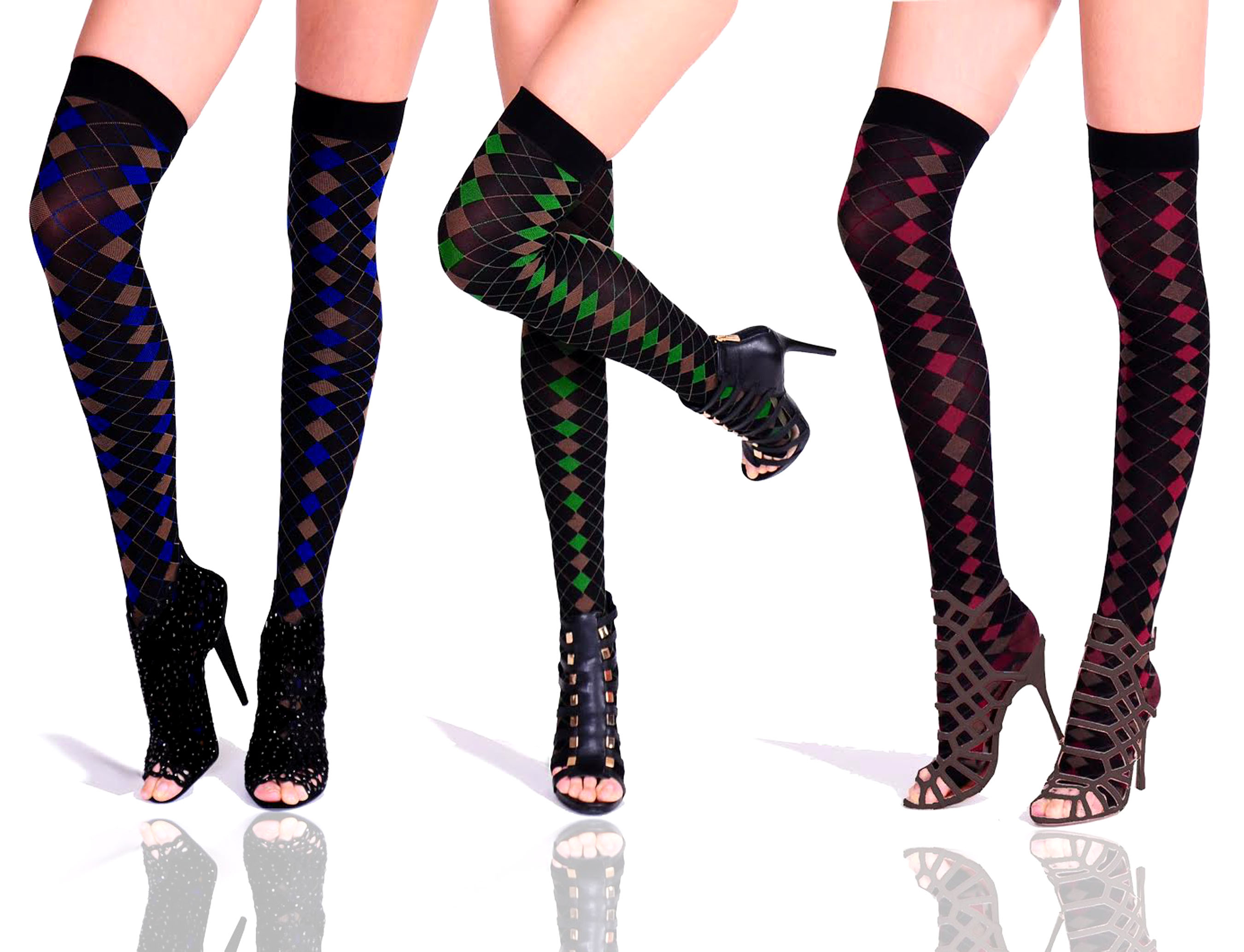 Reyes Entertainment also worked with Tramps to introduce its hosiery to customers with disabilities such as Dysautonomia, who have experienced relief of their symptoms by wearing Tramps Fashion Compression Hosiery. Read Beth Linn’s Story. 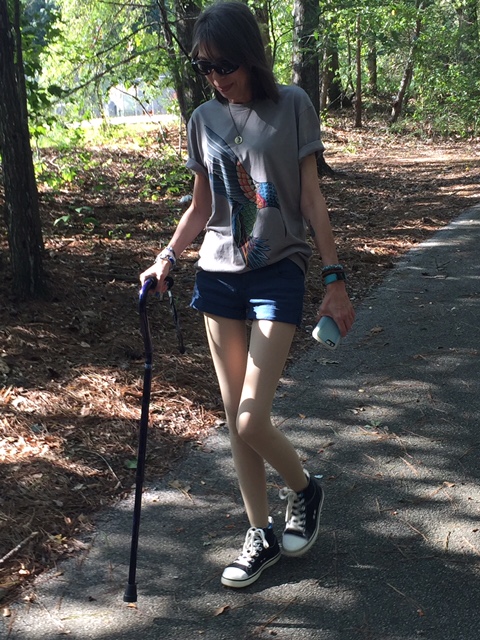 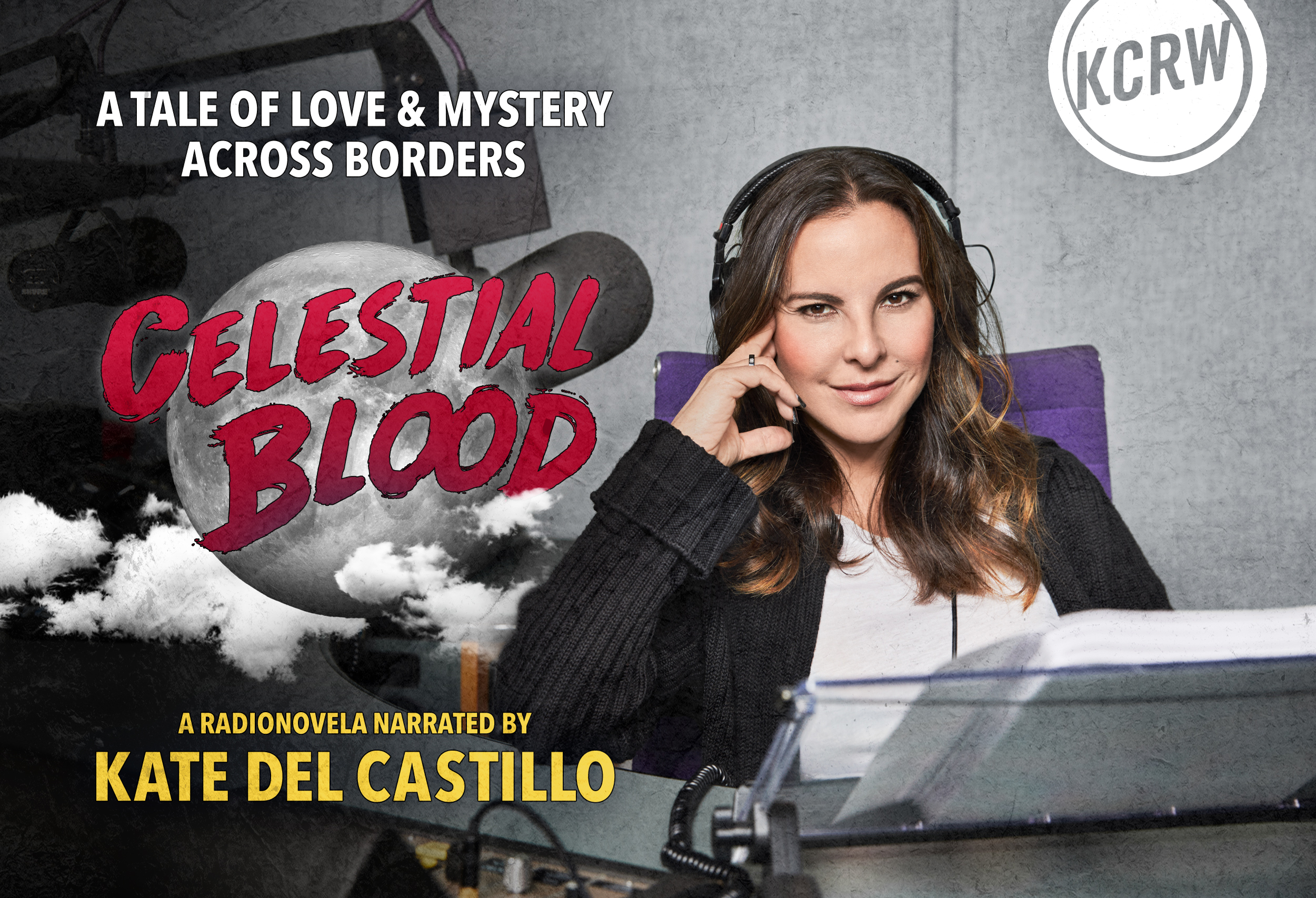 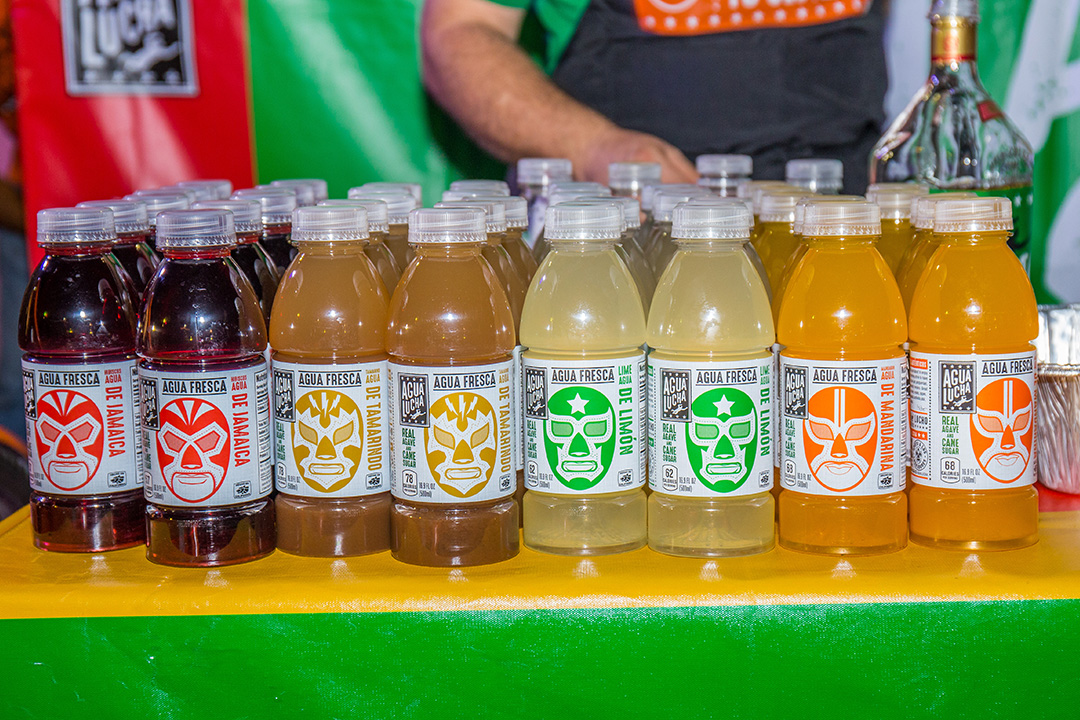